Rolex replica watches launched the new Oyster Perpetual Rolex Deepsea replica watches uk. The new 44 mm case has been redesigned on both sides of the lugs and case, and the enlarged enamel strap features a new size folding shackle. For the first time, this professional dive replica watches online is equipped with the leading 3235 movement with watchmaking technology replica watches sale.
Christmas 2011 | A2 Design

‘Far from the traditional picturesque image of glistening snow-blanketed countryside, the official definition of a white Christmas is for just a single flake of snow to be recorded falling during the 24 hours of Christmas Day.

‘Even if there is already a thick blanket of snow lying on the ground from earlier falls, if there is no new snow on Christmas Day it does not count.’ 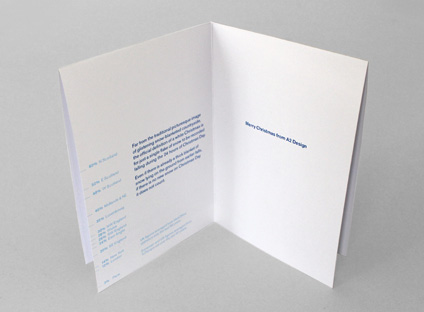 The cards were printed digitally, allowing each one to be different. Each card was designed to reflect the chances of a white Christmas in the location it was being sent to; the front cover was cut short to show a percentage of snow on the ground, a statistic which was also interpreted as a snowflake graph as the card unfolded. 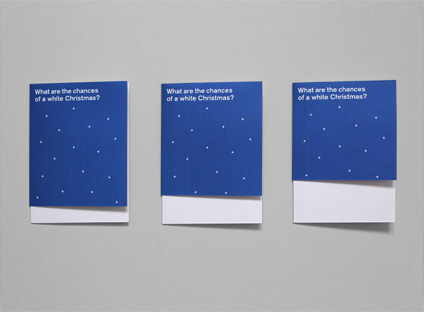 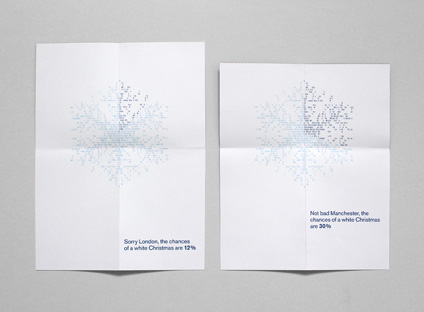